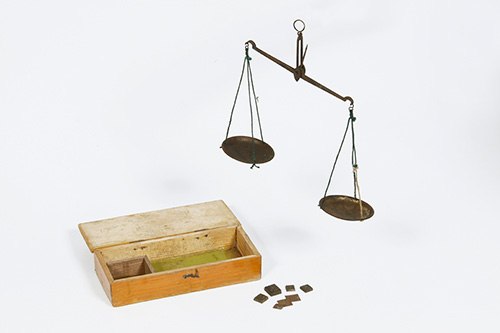 The troy ounce, a type of weight measurement indirectly derived from the ancient Roman monetary system, was and is the global standard for weighing and pricing gold. The troy ounce is equal to 31.3 grams. One avoirdupois ounce, the type of ounce used in bathroom scales, is equal to 28.3 grams. 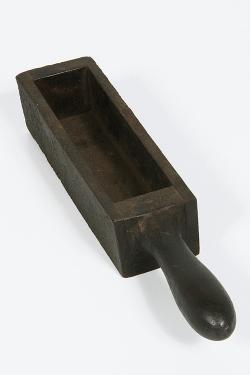 Mined gold was melted to remove impurities and then poured into a mould where it hardened into gold bars. Nova Scotia gold is about 95% pure, having unusually few impurities. It was these bars of gold that were taken (often secretly) to banks to be weighed to give them a cash value based on troy ounces.

We are not sure what happened to the gold mined during this time, where it went and how it was used. We do know though that the gold rushes of the 1860s and years following gave local artisans Nova Scotia gold to use in their creations. 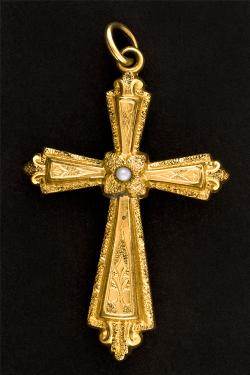 Perhaps the most artistic and skillful designer of that time was Julius Cornelius. Born in Germany, Cornelius arrived in Halifax in 1860 and opened a jewellery store downtown on Granville Street. He favoured Nova Scotia gold, minerals such as amethyst and quartz, and often Nova Scotian themes in his work. He was particularly fond of representing the mayflower, our provincial flower.