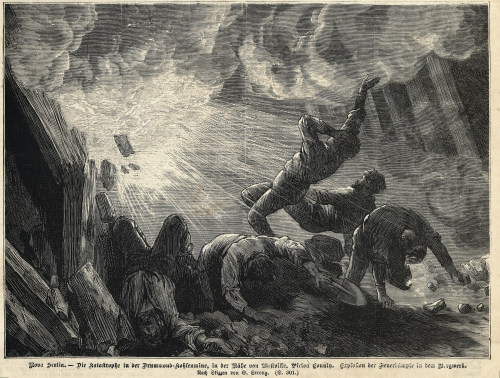 An artist’s depiction of the explosion blast in the Drummond Mine explosion of 1873.

Coal mining is dangerous work. Imagine travelling far underground  or beneath the ocean to begin your work day, relying on machines to bring air to you, and the safety consciousness of your fellow workers to ensure you survive to the end of your shift. Consider being surrounded by pockets of an odourless, noxious and combustible gas, many opportunities to ignite it, and a groaning stone roof overhead. These conditions meant that despite increasing safety rules and practices over more than 150 years of underground mining in Nova Scotia, death and injury were never far away. In Nova Scotia almost 2,500 miners have died on the job.

Explosions took the most lives 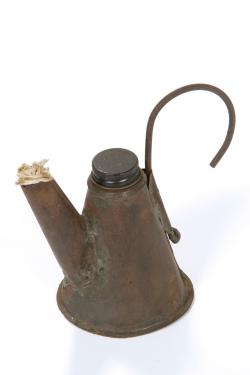 A miner’s bicket or “tea-pot” oil lamp hooked on the front of a miner’s cap. The wick, sticking out of the spout was lit, providing light in the darkness of the mine. This open flame could easily ignite combustibles, causing an explosion. I91.32.307

Explosions took the most lives. Methane is an odourless and tasteless gas given off by coal. When it replaces oxygen in the air it can suffocate; when mixed with oxygen, it is combustible. This “fire damp” is explosive in a mixture with air of 4.5% to 15%, with 9.5 % its most volatile. Spontaneous combustion was a hazard in some mines, or a fire could spark from the friction of metal or stone on stone. Although open-flame lamps were treacherous, they were used in some small mines into the 1930s. Further, once a methane fire or explosion occurs, the flames and blast may lap up coal dust, feeding the inferno to rip through the mine, leaving in its wake deadly carbon monoxide (afterdamp). Other cataclysmic events have included bumps (“underground earthquakes”); floods; boiler explosions and such infrastructure failures as lift ropes breaking on cages and coal trains. Individually, miners were injured or killed in small accidents such as falls of stone or coal from a roof or coal face, clashes with machinery like coal cutters, engines, or moving pit tubs, and gas inhalation. Others were crippled with life-long debilitation or suffered from black lung or silicosis. 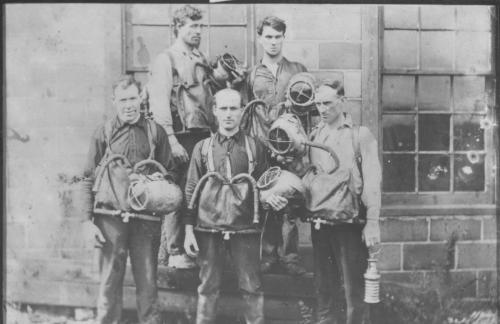 After 1906, breathing apparatus became available to allow rescue workers to enter gas-filled, devastated deeps, so Nova Scotia coal mines maintained corps of trained “draegermen", (named after Draeger, the German equipment manufacturer), who bravely saved many miners and mines in the aftermath of disasters. 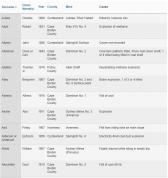