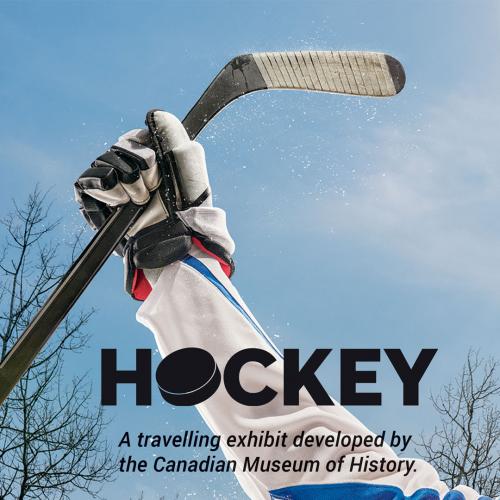 A TRAVELLING EXHIBITION DEVELOPED BY THE CANADIAN MUSEUM OF HISTORY

The sweat-soaked smell of the locker room. The flick of the wrist-shot. The scream of the enthusiastic fans. For millions of Canadians, winter is synonymous with hockey — a sport integral to Canadian society. Hockey brings us together. It thrills us. It is part of our identity, our shared history. It is a passion handed down from generation to generation, a recreational activity, and a commercial enterprise.

This one-of-a-kind travelling exhibition offers visitors an exciting interactive experience showcasing high points in the sport from both yesterday and today. This engaging exhibition explores the importance and influence of hockey over the past 100 years and brings the history of the sport to life through profiles of participants at both the professional and amateur levels.

It is presented in a series of graphic panels using photographs and reproduction of key artifacts, memorabilia and works of art. Also included are audio archives and an audio-visual interactive where visitors can record their own running commentary of a portion of a hockey match.

On view at the Museum of Industry until September 12, 2022 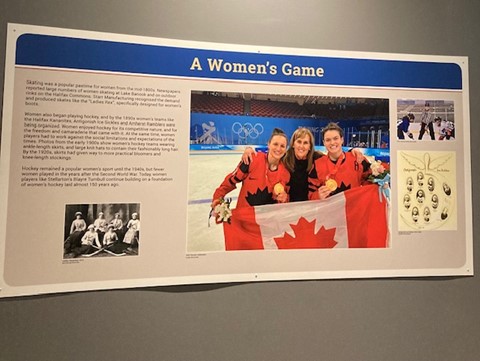 Hockey: Whose Game Is It?

Hockey has deep roots in Nova Scotia. Long before the arrival of European settlers, the Mi’kmaq played a ball and stick game, Tu’aqn, on the lakes of Mi’kmaki.  In the 18- and 1900s, Mi’kmaw artisans were renowned for their hand-carved hockey sticks. As immigration to Nova Scotia increased through the 1800s, a unique mix of cultural influences gave rise to the game we know today as hockey. Over time, Tu’aqn blended with an Irish field game, and “hurley-on-ice” was born. Pick-up games of hockey evolved into established teams and leagues with formal rules. By the 1890s women’s teams were taking to the ice, and African Nova Scotian players were contributing important innovations to the game.

Developed by the museum of Industry, this exhibit presents hockey’s early development in Nova Scotia, and the diversity of its origins. As you view these stories of Nova Scotia’s hockey players, fans and supporters, consider the question: “Whose game is it?” The answer may well be: “It’s my game”.