Page from an official investigation into the explosion in the Allan mine on April 16, 1935. MOI Collection.

We have received many enquiries over the years from people researching genealogical or family history regarding men who died in Nova Scotia coal mines. This project is intended to provide a resource to answer these kinds of queries. It includes a database of more than 2,500 recorded deaths in Nova Scotia coal mines. There has been no single official and complete source to draw on for this compilation; it has been painstakingly put together from a number of sources. Despite this care, it is inevitably incomplete because of inconsistencies in the source materials. It also does not include deaths from natural causes of men on mine sites. 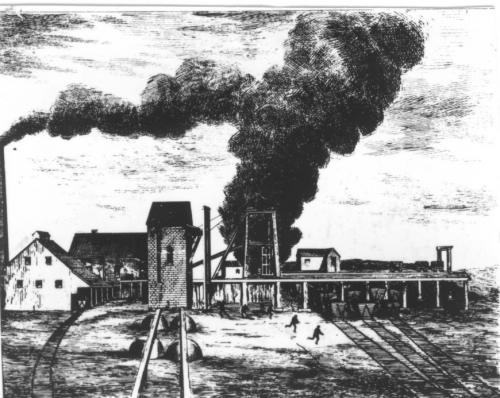 For each of the counties included, we have provided brief summaries of some of the most catastrophic incidents leading to the highest loss of life at particular coal mines. This is a sampling and does not in any way include every major loss of life. As well, there were accidents and incidents that caused the death of one or a handful of men. It is beyond the scope of this project to describe each of those events. 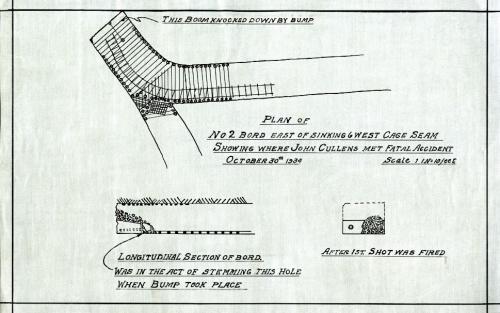 One resource we have that provides information on smaller events, are drawings in our collection that would have accompanied the official investigations into fatalities of one or more men. We have provided a listing of the names, dates, and mines for which drawings exist and a couple of sample illustrations. If you are interested in more information about this, please contact us with an enquiry.

Many thanks to Judith Hoegg Ryan, researcher and writer for this project.

Thanks also to the following who provided information and advice to help us make the database as complete as possible:

Anna MacNeil, Beaton Institute Archival Assistant, who provided images and citations for much of the Cape Breton content and confirmed some fatality locations.

Mary Willa Littler, coal mining history researcher in Springhill, who was a resource on fatalities in Cumberland County coal mines.

Tracy Lenfesty, Librarian, NS Department of Lands and Forestry, for her support with mining history records.

Colchester Historeum sources, including a compilation, “Debert Coal Mine” by Stacey Culgin.

Cumberland County Genealogical Society, “River Hebert Mine Tragedy in Fall of ’30”, by Robert Ross with content from Amherst Daily News, September 18, 1930, and the later inquiry report, dated 31 December 1930 from The Citizen, Saturday, December 12, 1992, Page 3 and December 26, 1992 – “A Touch of Cumberland History”.

Calder, J. H. et. al., One of the Greatest Treasures: The Geology and History of Coal in Nova Scotia, Nova Scotia Department of Natural Resources, 1993.

Nova Scotia Department of Mines “A History of Coal Mining in Nova Scotia”, Information Series No. 2, 1978.