Cover Up: Aprons at Home and Work

Featuring the collections of Diane M. Shink and the Nova Scotia Museum, our summer exhibit displays more than 200 aprons used at work, at home, and for ceremonial purposes. Have fun exploring the variety of styles and materials that identify aprons of different eras. Contemplate the kinds of jobs for which workers needed a protective outer layer. Puzzle at the reasons ceremonial aprons were worn.  Have a chuckle visiting the “apron closet”. 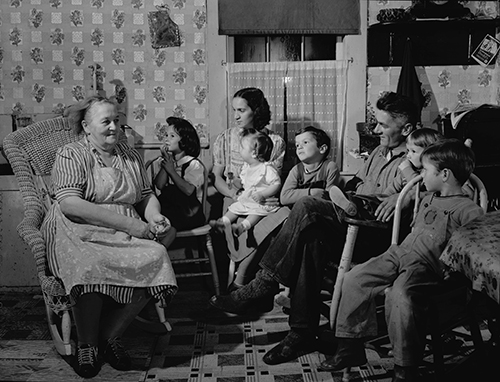 More basic than the hard hat, aprons are the original protective equipment. At work and at home, they provide a layer of protection against soiling, staining, flying sparks, chemical burns, and even radiation exposure.  Their varied shapes and materials give clues to the characteristics of the task at hand and the nature of work in some occupations.

At home, aprons evolved to be as much about leisure as about work. Housewives wore them to protect their clothing as they went about their household chores.  In the 1940s and 1950s aprons became the uniform of the professional housewife. Sometimes aprons also were chosen as decorative adornments when women dressed up to entertain at home.

While apron styles generally follow the fashions of the day, during the peak of apron popularity in the 1950s both utilitarian and more impractical decorative aprons were in vogue. Full cotton aprons covering most of a women’s clothing could be found in the apron drawer alongside dainty half aprons trimmed with lace or appliquéd with holiday images. 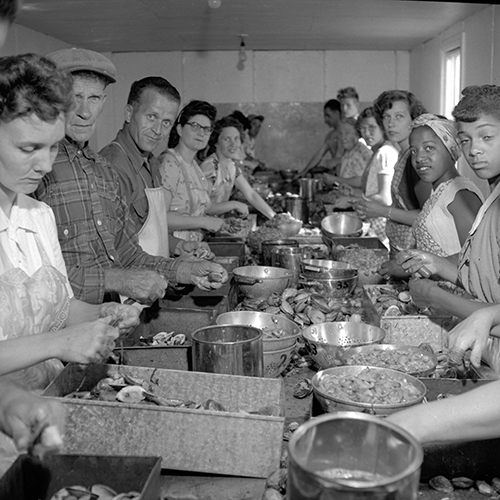 Depending on the demands and hazards of the job, aprons at work could consist of a thin layer of cotton (sometimes embossed with a company’s logo) or be a solid drape of leather or rubber to protect against flying bits of burning metal or offal. 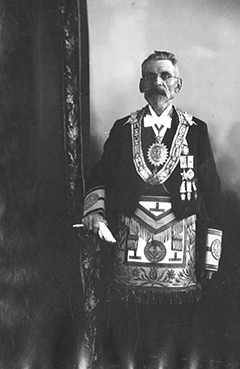 More mysterious perhaps, are aprons used for ceremonial purposes. In Nova Scotia as elsewhere, fraternal organizations that existed to help workers were steeped in ritual and secrecy. Oddfellows, Masons and other groups donned special sashes and aprons for their symbolic effect. The use of aprons for religious or ceremonial occasions dates back to ancient times. Borrowing on these culturally -imbedded practices, aprons were adorned with symbols to communicate rank and group affiliation. This secretiveness fostered solidarity.