THE LIFE OF JEAN 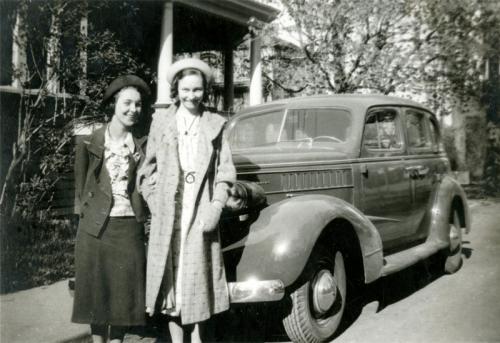 Jean Nicholson (1921 – 2014) was a Nova Scotia “everywoman”. She lived her entire life in small town Nova Scotia. Being a teenager in the 1930s, she chummed around with girls in dresses and boys in knitted vests and wide-legged pants. They pedaled their bicycles all over town.

She worked at the Metropolitan store, attended the Presbyterian Church, frequented the stores downtown in search of the latest fashions, loved dogs. She watched men train locally during World War II, married an ex-serviceman and honeymooned along the Cabot Trail in Cape Breton. She had her hair done once a week, was fond of shoes, loved a good time, and always kept the candy bowl full. Jean could be found working behind the counter at McLaughlin’s Florists for 20 years. Widowed at the age of 48, she went on to have another companion for 26 years, but was alone again at the age of 75.

As she aged, Jean struggled with mobility issues, but still had her camera at the ready. She died in 2014 at the age of 93.

Drawing on more than 75 of Jean’s photo albums and her fastidious documentation of her life and times, this installation celebrates the seemingly unremarkable, but very full lives of Nova Scotia women of all generations. 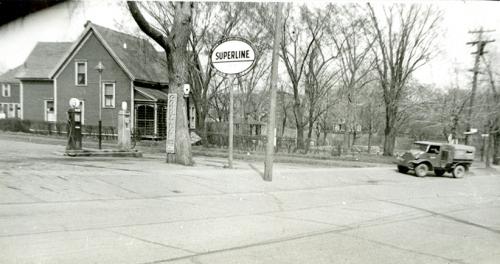 Caption: George Street, New Glasgow 1942, one of the many photos providing context in the installation.

The installation, The Life of Jean, is a merging of biography, history, and art. Its form gives us a linear narrative, a glimpse of local cultural history, and a commemorative sculpture. The photographic material for this work is drawn from the collection of photo albums and scrapbooks that were Jean’s legacy.

The Life of Jean is a work created by a crew of people, not just one person. The people who helped with the months of work in the assemblage of this project were Valerie Weatherbie, Gordon Woodill, and especially  Anna Pereda, who worked many long hours and was continually supportive.  I would also like to thank Debra McNabb and Jamie Livingstone of the Museum of Industry. Most significantly, I want to thank Jean Nicholson for a lifetime of photography and documentation that is her history and ours.