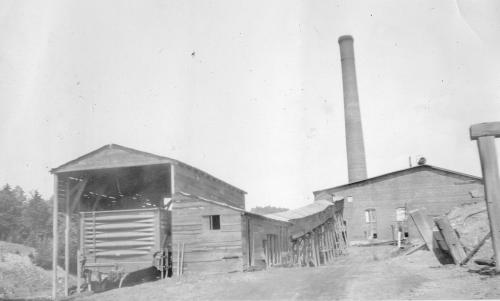 At least 115 men were killed over time in the many small mines of the Joggins-Chignecto Coalfield. Most were single casualties although there were three explosions that took several lives.

The first significant disaster happened on September 17, 1930 at 6:40 pm at Victoria No. 2 mine in River Hebert. Thirteen men working 1500 feet below ground experienced an explosion of methane gas, the force of which was enough to hurl materials up the slope and out the pit mouth.

Volunteers immediately rushed down the mine, only to be driven back by carbon monoxide. Still, volunteers persevered, and were joined by draegermen from nearby Springhill. As usual, distraught families and colleagues gathered—hundreds, claimed the Amherst Daily News—at the pithead. Anxiety turned to sorrow as bodies were brought up by the draegermen. Seven men were killed; three were injured; and the others were helped up the slope by volunteers, many of whom, themselves, were overcome by the afterdamp, although all survived.

The official inquiry identified the probable cause of the blast. Three times that day, the booster fan was turned off for repairs, for a total of one hour and five minutes.  Although miners were brought out for this, they were sent back down when the fan resumed, although the working faces were not tested for methane with a locked safety lamp. The Inquiry concluded that methane built up in this lower region to reach an explosive mixture of gas and oxygen, which was set off by an open-flame lamp.  (Open-flame lamps were still being used in this pit.) The victims had burns, but they were determined to have suffocated from the afterdamp because their bodies were found a short distance from where they were working, indicating that they were fleeing. The Inquiry also criticized the way this area of the mine, known to be gassy, was being developed and ordered changes that would mitigate gas in the affected section, which was difficult to ventilate.