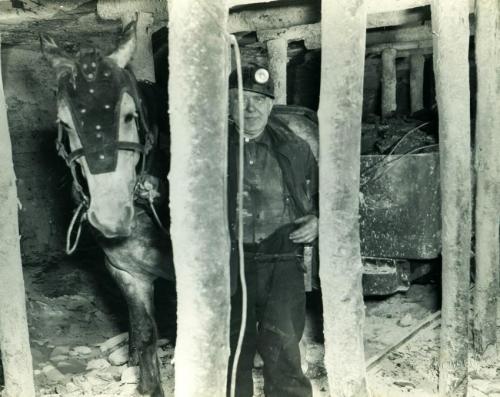 On July 9, 1952, in No. 20 Colliery, Glace Bay, the shotfirer in a room-and-pillar section tested for methane prior to shooting down the coal.  He found too much gas to fire the shot. A second official who came to investigate was wearing a head light as well as carrying the required safety lamp, which tests for methane. The belief is that when he discovered the lamp’s flame had gone out, he attempted to relight it, according to accepted, safe procedure. Instead, the flame exploded the methane, killing six miners outright while a seventh died later of burns.  Although violent, the explosion was mostly contained and the other 600 or so men underground were able to get out. Draegermen descended into the smoke and carbon monoxide and removed their comrades’ bodies.

Although the official conclusion could not be definite, a faulty safety lamp was identified as the probable cause. After this, a new law forbade mine officials from wearing a head light; they had to use a safety lamp only.  It was deemed they were not paying enough attention to the upkeep of their safety lamps when they weren’t depending on them for light.  After 1960, they were allowed to wear the electric light as long as they carried gas detectors, but examiners/shotfirers were still permitted only a safety lamp for light.